Managed by the successful team behind Liontrust Special Situations fund of Anthony Cross and Julian Fosh, Liontrust UK Smaller Companies fund employs the same investment strategy but with a small-cap bias. The distinctive investment process focuses on firms with strong positions within their industries. The fund has a great track record and is particularly strong in down markets.

A clear, well thought-out investment philosophy underpins the Liontrust UK Smaller Companies fund. The process has been executed with diligence and skill by both managers for many years. The emphasis on quality and avoiding cyclical stocks has worked particularly well with smaller companies, with the fund producing excellent relative and risk-adjusted performance figures.

Liontrust Asset Management was founded in London in 1995 and prides itself on the freedom it allows its managers, who invest in their own portfolios. Listed on the Stock Exchange since 1999, the company's culture is at the forefront of its values. The firm was awarded the Elite Provider for Equities Rating in 2015, 2016 and 2019.

Anthony Cross has managed the Liontrust UK Smaller Companies fund since 1998, with Julian Fosh joining as co-manager in 2008. Cross has honed his investment process over a number of years and, in 1997, he published the Cross Report, which forms the blueprint of the fund's investment strategy. In 2015 Victoria Stevens and Matthew Tonge joined the team and became co-managers on the fund. 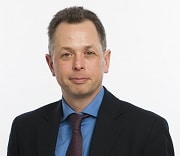 We like smaller companies where the directors share our gain and occasional pain by owning at least 3% of their business. It proves to be a great motivator.

The managers of Liontrust UK Smaller Companies fund look for firms with intellectual capital, strong distribution networks, recurring revenue streams and products with no obvious substitutes - hidden intangible strengths that can protect a company’s competitive position over time. Another important factor is how key company employees are motivated, with the preference being for direct ownership of the firm's equity. The resulting portfolio consists of small companies that can grow their earnings independently of the wider economy.

The quality bias and the managers' preference to avoid cyclical stocks mean this fund is one of the least volatile in the UK Smaller Companies sector. There are also maximum holding sizes and concentration rules to help manage risk levels in the portfolio.

Download fund provider factsheet
Print this note / Save to PDF

How we calculate risk

Read more about this fund

In the four years since the UK voted to leave the European Union, European equities have outshone...

I always cheer on the underdog in movies. I’m also the person who will ‘buy local’ –...

72: How a relentless pursuit of the basics can give you an investment edge

John Ions, CEO of Liontrust Asset Management, talks about running a fund management business through a stock market crash, how the company transitioned to 100% working from home and the technologies and change of working practices he believes will outlive the pandemic. John also discusses the successful UK equity franchise; how responsible...

The information, data, analyses, and opinions contained herein (1) include the proprietary information of FundCalibre, (2) may not be copied or redistributed without prior permission, (3) do not constitute investment advice offered by FundCalibre, (4) are provided solely for informational purposes and therefore are not an offer to buy or sell a fund, and (5) are not warranted to be correct, complete, or accurate. FundCalibre shall not be responsible for any trading decisions, damages, or other losses resulting from, or related to, this information, data, analyses, or opinions or their use. The Elite Fund rating is subjective in nature and reflects FundCalibre’s current expectations of future events/behaviour as they relate to a particular fund. Because such events/behaviour may turn out to be different than expected, FundCalibre does not guarantee that a fund will perform in line with its FundCalibre benchmark. Likewise, the Elite Fund rating should not be seen as any sort of guarantee or assessment of the creditworthiness of a fund nor of its underlying securities and should not be used as the sole basis for making any investment decision. FundCalibre disclaims any responsibility for trading decisions, damages or other losses resulting from any use of the Elite Fund rating. All performance data, as well as fund size, OCF, AMC, annual income (historic), share price discount or premium, is sourced directly from FE Analytics, and will change periodically.